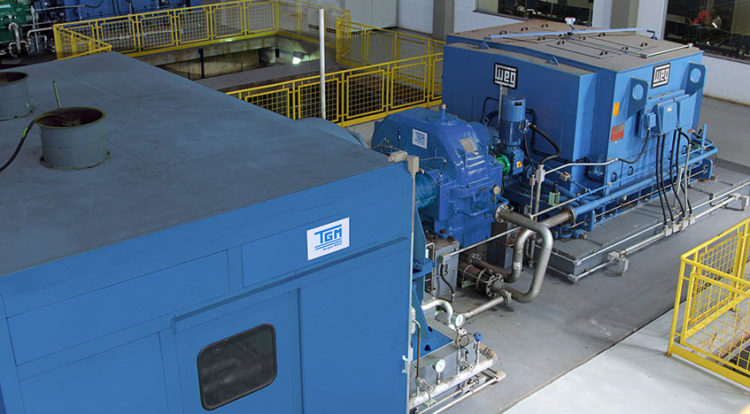 Motor, drives and automation manufacturer WEG is to provide equipment for thermoelectric power generation to Brazil’s largest potato producer. WEG will supply a range of equipment including a turbogenerator set and transformers. The equipment supplied offers a complete solution that will double the power produced by an existing thermoelectric power plant, helping to reduce costs and offering additional income to food production company Bem Brasil.

Based on reports issued by ANEEL (National Electric Energy Agency), Brazil relies on 3,171 thermoelectric power plants with over 52 million kW installed capacity, making up around 24.4 per cent of the power supply matrix. To serve this important market, WEG has developed efficient integrated solutions.

Regarded as the largest potato producer and processor in the country, Bem Brasil is investing in generating its own energy. With the objective of doubling the power produced by one of its thermoelectric plants, Bem Brasil partnered with WEG to acquire a package of products that would meet its needs. Through the partnership, WEG will supply a large amount of equipment, including a turbogenerator set, transformers, rectifier sets, battery banks and more.

By generating more of its own power using wood chips as fuel, Bem Brasil will be able to safely operate their power plant, reduce electricity bills and reduce costs for the company´s products. The company will sell the surplus power, resulting in further savings.

“It is a significant investment for a complete solution,” commented Paulo Sinoti, energy business director at WEG. “The generator is an electric machine with an operating temperature below the temperature limit of the insulation class. Its operation below this limit results in extended machine lifetime, adding value to the plant. The steam turbine is designed with reaction technology, which makes it more efficient. In practical terms, the customer spends less fuel to generate the electric power they need. Another benefit is that the turbine will supply steam to the process, making it even more effective.”

The power transformers provided are designed to guarantee high performance in a wide range of applications and market segments and can be made to comply with the specific requirements of each company.

WEG´s manufacturing process happens almost entirely in house, including the manufacture of electro-insulating varnish, electrical conductors, tanks, insulating kits, paints, etc. This is a unique feature of the company, which allows for extensive quality control at different production stages and delivery time flexibility.

The delivery of the WEG solutions package is scheduled for April 2021, to the Bem Brasil plant in Perdizes, state of Minas Gerais, Brazil.

For more information on WEG, go to www.weg.net.