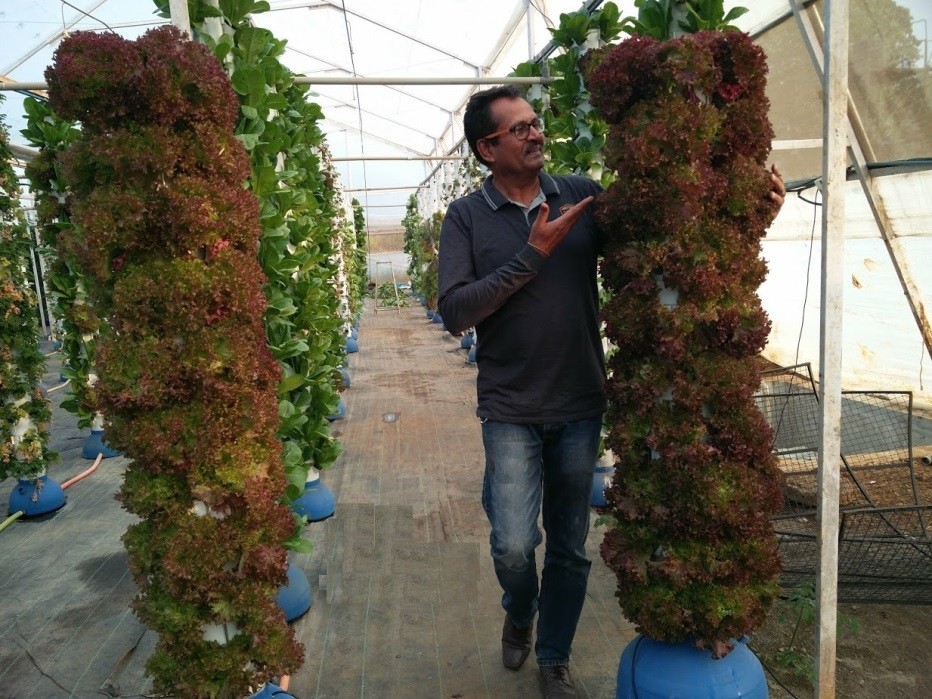 This is a major concern because the land area of the Earth is limited only to about 13 billion ha, in 2008, the total agriculture area in the world was about 4.88 billion Ha (FAPSTA, 2010).

The Agriculture Land/ Arable Land is ever decreasing per person

The high density urban populations, developed art of living in High Rise Sky Scrapers and migrated from large Villas, Bungalows, Cottages. So that, more number of people can stay in limited surface area. Now time has come to do the same for farming.

Following are various growing techniques with their merits in terms of productivity;

There is wide spread knowledge about fundamental growing techniques like NFT, Raft DWC and A-Frames.

Looking at the growing pressure on Energy Cost, Operations Cost and Productivity, there is demand to introduce more advance systems.

Vertical Aeroponics Grow Systems is the Solution to all the above concerns.

Followings are the advantages:

Compared to hydroponics, Aeroponics offers even more control over the root system, because you don’t even need to immerse the roots in any liquid. Aeroponics uses a small internal micro jet spray that sprays the roots containing nutrient rich solutions or a shower from top based on the temperature. Because the roots are exposed to more oxygen, the plant tends to grow faster. It is also easier to administer all sorts of nutrients to the plant, via the root system.

Aeration is critical to plant root health, without it plants respire anaerobically and generate ethylene, leading to cell death and root rot.

This systems allows us to grow various vegetables even on Warehouses, Greenhouses, Roof Tops Terraces, and uncultivable lands

The project capital costs are high as compared to the existing horizontal growing systems, but the ROI is very satisfactory.