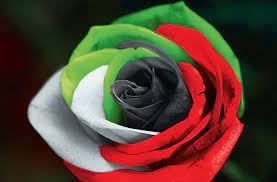 The Netherlands is the largest Player on the Floriculture Export Market

Cooperation in Horticulture between the UAE and the Netherlands:

The United Arab Emirates (UAE) and the Netherlands are cooperating in innovation of the Horticultural sector. Introduction of high tech systems in horticulture, will lead to more local production in the UAE in line with the UAE’s National Food Security Strategy. Both domestic production and secure, stable imports of food have become top priority on the UAE’s agenda. In addition to the aim of establishing the country as a world leading hub in innovation.

Due to the enormous tourism sector, Dubai is an interesting market for the Netherlands in term of floriculture. The UAE wants to stimulate its own production and therefore stimulates investments in the horticulture sector which many investors looking to use the Dutch technologies.

The Dutch horticulture technologies and practices can make a significant contribution to making the Gulf Region more self-sufficient in different sectors including horticulture.

The Netherlands is the largest flower producing country in the world with about 68% contribution of the annual flower production. The Netherlands is known as the country of world’s beautiful flowers. It is world famous for its wide fields of tulips with wonderful colors. Around 2 billion of these tulips are exported to many countries worldwide. The United Arab Emirates could soon be known for its roses. Since last February, three million roses have been exported from Advanced Horticulture’s farm – just outside Al Hayer, which is about halfway between Dubai and Al Ain – to Holland 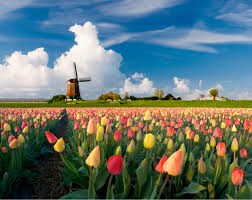 The Netherlands floriculture market is projected to register a CAGR of 4.7% during the forecast period (2021-2026). Floriculture is one of the lucrative industry in Netherlands. Spring is usually the busiest time of year at the Aalsmeer Flower Auction in the Netherlands, the world’s blossom trade capital. For the Netherlands, flowers are a major industry. Roughly 60% of the country is devoted to agriculture or horticulture, and the multi-billion-euro flower industry accounts for 10% of its Gross Domestic Product. The flower market in the Netherlands is a dynamic, fast-growing global industry, defined by three major components, growers, wholesalers, and retailers.

The United Arab Emirates prefer to import Dutch flowers because the Netherlands is the main hub for international floral trade. The Netherlands import flowers from different countries (Ecuador, Ethiopia, Kenya, and others). This is why some Dutch flower exporters can sell any flower available and this attracts foreign flower wholesalers and flower shop.

In most cases, the flowers will be sold at the FloraHolland auctions in Aalsmeer, Naaldwijk and Rijnsburg. Aalsmeer is world’s biggest floral auction. Flower export companies will transport the flowers by truck or airplane. To make sure flowers will reach the client in a perfect condition, flowers must be transported under special circumstances. The total revenue of Royal FloraHolland was roughly 4.65 billion euros in 2020. Examining the revenue of cut flower sales by type of Royal FloraHolland, roses were the leading cut flower in 2020 with a sales value of 634 million euros.

Flowers are one of the main export products in the Netherlands and especially tulips and roses. The most important countries who import Dutch flowers and plants are Germany, the United Kingdom, France, Italy and Russia. But also a lot of other countries in the world import their flowers from Holland.

Why the Netherlands is the perfect country for tulip growing? The soil in the polders is continuously drained, creating perfect growing conditions for tulip bulbs, which love well drained but moist soil.

However, The COVID-19 pandemic has plunged the world’s largest flower auction on the outskirts of Amsterdam into chaos. The cut flower sales volume in the auction has been decreased to 595, 064 thousands and 557,436 thousands in March, and April 2020 respectively than 762,513 thousands and 695,516 thousands in 2019 of the same period respectively.

There is a huge potential for export of floriculture products and is long term driving force, given it adopts improved production technologies. Therefore, the attractive growth in export market is anticipated to influence the significant market growth over the forecast period.

Among the cut flowers, rose accounted for a significant share of the market followed by Chrysanthemum. The largest segment in Netherland is Rosa. This is due to the increased demand from peak days and the adoption of new technologies, the roses production in the country is increasing which is anticipated to boost the growth of the floriculture market during the forecast period.

The Netherlands Floriculture market is segmented by Type of Flower (Rosa, Tulip, Chrysanthemum, Gerbera, Freesia, Lily, Orchids, Nursery Stocks, Other Types of Flowers). The market offers market size in USD million in terms of value and thousand metric ton in terms of volume. 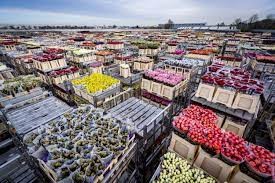 The roses are widely grown in greenhouses with LED lighting to produce top quality roses with improved yield. The sustainable and organic production is a key focus point of growers as it is highly preferred by the consumers.

UAE cut flower market witnessed significant growth in 2019 owing to growth in hospitality and event sectors. A $163 million fund was launched by the Department of Culture and Tourism to enhance Abu Dhabi’s portfolio of leisure and business events. This mega fund was a part of Ghadan 21 program to accelerate Abu Dhabi’s Economy.

The UAE cut flower market size is projected to grow at a CAGR of 13.3% during 2021-2927. The government has established Dubai Flower Center as an economic zone with an aim of offering tax concessions and customs duty benefits to the expatriate investors and thus facilitating floriculture industry in the country. To attract investments from expatriate, government is allowing complete foreign ownership, no currency restrictions, 100% import & export tax exemption, 100% repatriation of capital, and profits and others benefits for people setting up business in DFC. Increasing government investment in floriculture industry would augment cut flower market in the country.

To every creator in the United Arab Emirates.

To every idea that generates SMIL

An Invitation to be together in October 2022 for creating the most beautiful flower arrangements dedicated by the United Arab Emirates to the First lines of defines and the whole world on our way together towards recovery from Covide-19, together we can make happiness from the country of tolerance and humanity.