TOP NEWS
Home News The 100,000-visitor ceiling has been broken through 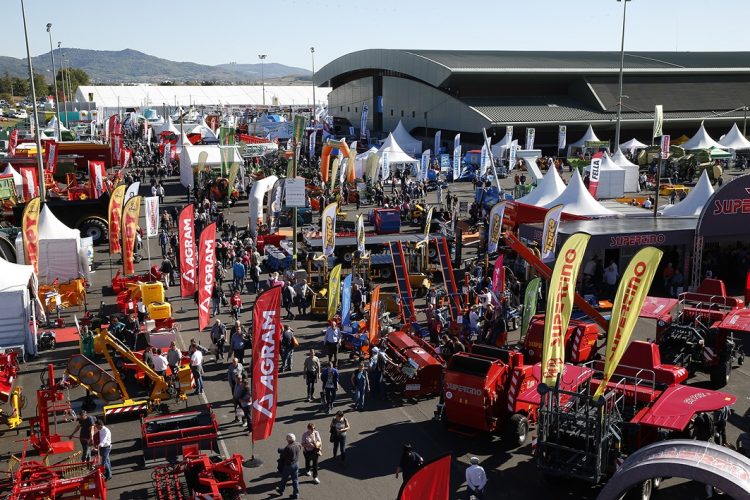 The 100,000-visitor ceiling has been broken through

The organisers of the SOMMET DE L’ELEVAGE were smiling broadly at the end of this 4th day of the show as the 31st edition could not have finished any better. “The objective has been more than achieved” Fabrice Berthon, the show’s General Manager, was delighted to tell us. “105,000 visitors including 5,000 international visitors have strolled down the show’s aisles.” “We should highlight the excellent livestock judging at this year’s show including the Charolais breed with its National Championships that was of the highest quality, plus a record number of technical conferences”, particularly pleased Jacques Chazalet, the SOMMET’s President.

The SOMMET of conviviality
For the 1,521 exhibitors at the show, this 31st edition was one to particularly savour as several big contracts were signed over the course of the four days and the atmosphere was particularly upbeat and friendly. The Jeunes Agriculteurs (Young Farmers) AfterCow rave was an enormous success. For Fabrice Berthon, “It was the first time that this event has been organised, and it was some first as it attracted 5,000 partygoers!” Just like the evening sponsored by the Auvergne-Rhône-Alpes region that attracted 1,500 people, affording exhibitors, farming bodies and politicians some downtime to meet and talk over a convivial glass of wine.

An important event for politicians
The organisers were particularly pleased to welcome not just Marc Fesneau, the French Minister of Agriculture and Food Security on the opening day, Tuesday 4th October, but also a number of representatives from the French parliament. For Jacques Chazalet it was “a particularly effective time for work and discussion with breeders and farming bodies, and the Minister of Agriculture’s visit was highly appreciated,” before adding, “The number of senators at the show was remarkable, including for the very first time in the show’s history a visit by the President of the French Senate, in the person of Gérard Larcher. Proof that the SOMMET is an important event for politicians.”

This year, the SOMMET’S guest of honour was Mongolia, which was an enormous success due to the very strong links that have been forged over several years in preparation for this year’s event. “It was a slickly run operation from start to finish, with many very tangible events including visits to livestock farms, conferences, the exhibition of two yaks and a Mongolian yurt, demonstrations of Mongolian cuisine and the presence of the Mongolian Minister of Agriculture. All in all, it was a great showcase for Mongolia!”.

Other highlights included the International Livestock Evening that attracted between 300 and 400 spectators, and the European Hereford Congress that interested approximately 100 Hereford farmers from 10 different countries. “All the delegates were elated; they were able to visit Hereford farms and discover the city of Clermont-Ferrand and its surrounds. This congress signalled the recognition of the French Hereford Breed Society and included a rich exchange of ideas and rearing methods.
The impulsion from this year’s excellent show and the dense programme specially concocted for our international visitors should lead to even more foreign delegates next year.”
“2023 will see the national championships of two very popular international cattle breeds, the Limousin in the main Zenith beef ring and in the milk cattle ring, the Brown Swiss,” as concludes Bruno Dufayet, President of APRAMAC, the association that organises the livestock judging during the SOMMET.

Raising awareness of the World Year of Pastoralism
This latest edition of the show has allowed, among other things, to inform both the livestock industry and politicians that 2026 has been declared as the World Year of Pastoralism and Pastures. “Everybody seems to agree that the highpoint of 2026 should be at the SOMMET DE L’ELEVAGE with numerous events planned around the World Pastoralism theme,” as Fabrice Berthon suggests.
Fully conscious of its responsibility and actively implicated in these areas, the SOMMET has pinpointed sustainability as the number one ambition for tomorrow’s agriculture by promoting all advancement and innovations that have the goal of preserving Nature and Man.
This far-reaching commitment is supported by a new logo and a proud statement of intent that reads, “The SOMMET DE L’ELEVAGE, WORLD’S #1 SUSTAINABLE LIVESTOCK SHOW.”

In the form of a conclusion and a future objective, both Jacques Chazalet and Fabrice Berthon are of the same opinion, “To continue our momentum and welcome 1,600 exhibitors and 110,000 visitors in 2023.”