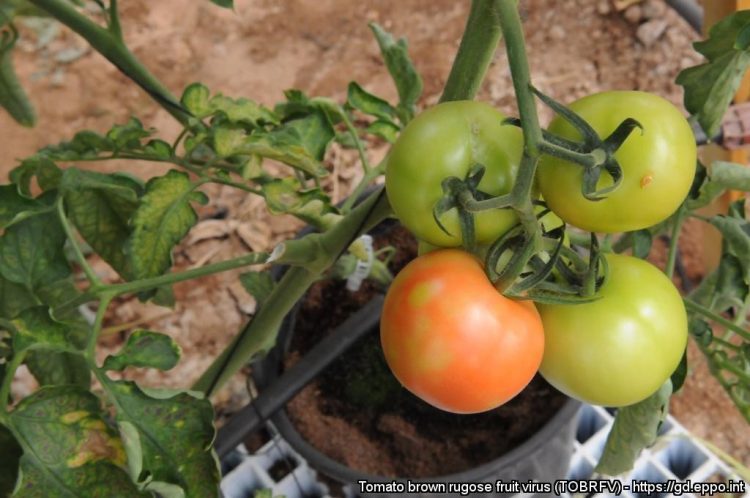 The emergence of diseases such as Tomato brown rugose fruit virus pose a challenge to farmers and seed producers.

ToBRFV detections are increasing in distribution, and it can cause severe yield losses in susceptible varieties. The pathogen has been reported in at least 33 countries across 3 continents.

“Much has been learned about ToBRFV since it was first reported in 2014. The virus has severely affected tomato production areas in the Middle East leading to extensive negative effects in both yield and fruit quality. Today it has become a real challenge to tomato production worldwide. Industry, academics, and governments need to further understand this pest and act accordingly based on the scientific evidence that it is known,” said Dr Rose Souza Richards, Seed Health Manager of the International Seed Federation (ISF).

ISF organized an international dialogue among the scientific community, seed industry, and governments through their National Plant Protection Office (NPPO) to share knowledge, increase communication and promote collaboration between all involved parties. The positive effect of the analysis of the past actions during this meeting as an industry together with regulators is to ensure an uninterrupted supply of high-quality, disease-free seed to the growers in order to avoid any rupture in the availability of healthy food to the consumers.

The dialogue focused on:
•current ToBRFV regulations and its impact on the cross-border movement of tomato and pepper seeds
•current technologies (including resistances) and activities employed by the seed sector to mitigate the risk of ToBRFV on seed production sites
•next steps for the international seed sector and NPPOs to address ToBRFV and new emerging phytosanitary issues

ToBRFV belongs to genus Tobamovirus, a group of viruses responsible for several disease outbreaks around the world for decades. ToBRFV is very easily transmitted mechanically – by work tools (knife 28%; pruners 38%), hands (86%) that come in physical contact with an infected plant or soil that contains the virus and later comes in contact with healthy plants. It can also be transmitted by seeds (0.09%) at a much lower transmission rate.

For decades, the industry relied on varieties developed using the Tm-22 resistance (R) gene which remained unbroken for many years, however scientists have found that ToBRFV has overcome this resistance in tomato. Seed companies are now working to identify new genes that will provide resistance to ToBRFV.

Souza-Richards added: “It is important to state that seed transmission for ToBRFV pose a much smaller risk when in comparison to other pathways especially due to the measures taken by the industry to avoid transmission through seed. As the understanding of the virus has grown, the seed industry has taken steps to minimize the spread through seed and has accelerated innovation to develop multiple resistance mechanisms that are being incorporated into varieties in a relatively short timeframe.”

“Countries have the sovereign right to mitigate risks associated with quarantine pests entering their borders, and currently ToBRFV is regulated in over 28 countries. However, not only are the regulations unharmonized, but several countries also require multiple measures instead of using equivalent measures as recommended by the international standards, including the international standard for seeds. The seed sector wants to play its part in finding meaningful, long-term solutions to stop the spread of the virus. In the longer term, the outcomes of this dialogue can also serve as a basis for better understanding of opportunities and barriers to safe trade, to better handle future challenges in the international movement of seed and to continue supporting farmers’ access to healthy seeds which has a direct consequence to global food security,” said Souza-Richards.

A summary of the meeting outcomes is available via ISF’s Channel World Seed.