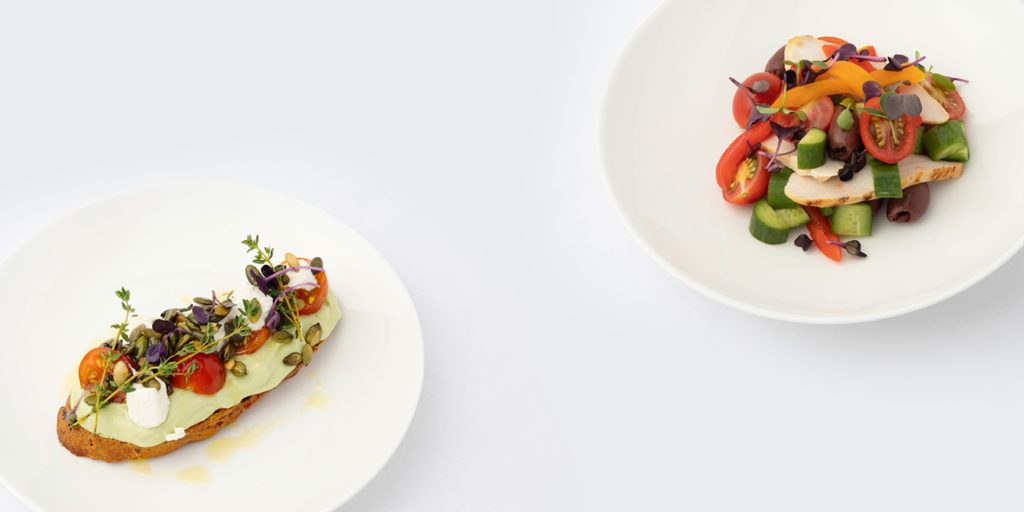 Red Sea Farms’ partnership with SAUDIA will assist the airline in achieving its goal of becoming an industry leader in sustainability, and continually improving its environmental performance.

The global airline alliance, SkyTeam, via its Sustainable Flight Challenge, calls on its member airlines to deliver locally sourced sustainable produce in their catering. By partnering with Red Sea Farms, SAUDIA is able to serve Red Sea Farms’ snack tomatoes, cucumbers and peppers to guests.

Red Sea Farms’ long-term goal is to become a world-leader in providing sustainable technologies for harsh environments. A vital first step is becoming one of the most sustainable food businesses in Saudi Arabia, where over 80% of fresh food is currently imported.

The partnership follows rapid operational progress by Red Sea Farms in 2022. Since January, the Company has announced its expansion into the United States; completed a new commercial-scale six hectare technology retrofit site near Riyadh and an R&D facility at the King Abdullah University of Science and Technology in Thuwal, where technologies are delivering results ahead of expectations.

“Our new partnership with SAUDIA is another step to introduce our unrivalled fresh produce to a wider and discerning public, while significantly scaling our business. As a proudly Saudi-made company contributing to the country’s 2030 goals – including achieving an environmentally sustainable society and the recent extension to Net Zero by 2060 – we are delighted to partner with the national flag carrier and aim to be the country’s flag carrier for sustainable foods.

“Sourcing from sustainable fruit and vegetables makes a significant environmental impact. If all tomatoes consumed annually in Saudi Arabia were grown with Red Sea Farms’ cooling technology, 80,500 tons of CO2 emissions would be saved; the equivalent of over 3,000 flights from Riyadh to Dubai.

“Red Sea Farms is reducing the carbon and freshwater footprint of the KSA food sector by designing, developing, and delivering innovative technologies for sustainable agriculture in the Kingdom and other harsh environments globally.”

“We are incredibly honoured that our sustainability efforts have been recognised with two awards. The Sustainable Flight Challenge has been a unique and noteworthy challenge for our team, who utilized this experience as a springboard for new sustainable initiatives to come.

“Sustainability In The Air Lab’ saw us asking people who experienced our operations first hand, staff and guests, for their opinions and ideas.  The result and the quality of suggestions we received exceeded our expectations, and we are currently evaluating them to see how they may be implemented.

“The Kingdom’s Vision 2030 will see 100 million visits to Saudi Arabia by the end of the decade. A cornerstone of that vision is for the Kingdom to be a leader in sustainable and even eco-friendly tourism.

“As Saudi Arabia’s national flag carrier we have a key part to play in making that happen.  As a result, these two initiatives are just the start of an ambitious sustainability programme that we will be implementing.”