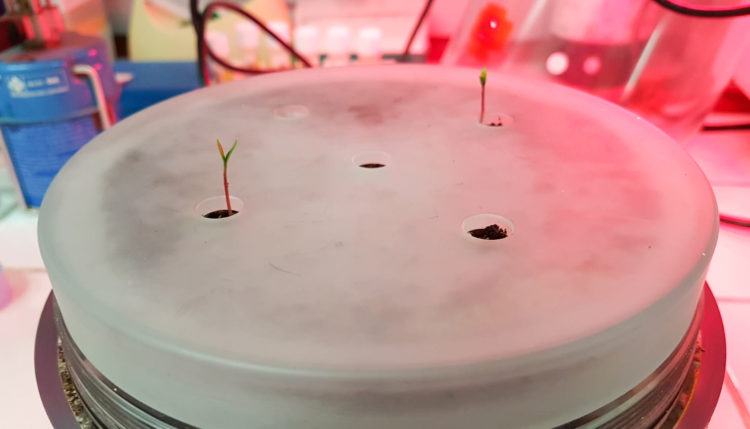 The Graines d’Eklo activity will include 850 volunteers growing French Marigold seeds at the same time a French astronaut performs his experiment in space.

In early August, 850 young and old volunteers will receive a seed packet of French Marigold on their doormat as part of the activity “Graines d’Eklo” of the Eklo Association (Eklosion), which links space experiments with those on Earth. French astronaut Thomas Pesquet will germinate and grow his Marigold seeds on the International Space Station (ISS) at the same time as the earth-bound volunteers grow their seed. Eklosion is one of 12 experiments of the ALPHA mission in the ISS. PanAmerican Seed is proud to sponsor the Earth part of Eklosion.

What’s the experiment about?

The Eklosion experiment is born from the GENERATION student competition organized by the Centre National d’Etudes Spaciales (CNES), with the goal to raise young people’s awareness of the space centre. With Eklosion, students and young professionals have created a capsule of French marigold seeds specially designed for growing in zero gravity. Without natural light, Thomas Pesquet will garden and observe nature at 400km from Earth and share his experiences. On Earth, 850 people will do the same and share their results. This way, both young and old can reproduce on Earth the same experience as Thomas Pesquet in Space!

Thomas Pesquet, an astronaut of the European Spatial Agency (ESA), has been living in space since April and the ALPHA mission will last 6 months. On Tuesday 10 August, the Eklosion capsule will leave Earth from the Kennedy Space Center in Florida to join the ISS with other experiences and refuelling and provisions for the astronauts. During their trip in orbit, the astronauts will enjoy the nature they are carrying. The experiment and activities start once the capsule has arrived.

“As a breeding company of high-quality and innovative seeds, we love the chance to participate in innovative activities like Eklosion and Graines d’Eklo,” says Sylvia Rocheteau, Area Manager for PanAmerican Seed. “The Eklo association makes it possible for younger generations to be able to work on new opportunities. With this link from Space to Earth, people will learn about and experience cultural and innovative projects together, and these experiments of today will make our future. PanAmerican Seed embraces these contributions and is happy to sponsor Graines d’Eklo.”

Image the future: FlowerTalk in Space?

One day we could only fantasise about space, now the first commercial space flights are already happening. With this experiment the first capsule with French marigolds is going into space… Image the future: Flowers growing in space shuttles, on other planets or even our event FlowerTalk in Space? It’s all imagination! But with imagination, creativity and innovation, we make the difference in the future!

Curious about the experiment and want to learn more?