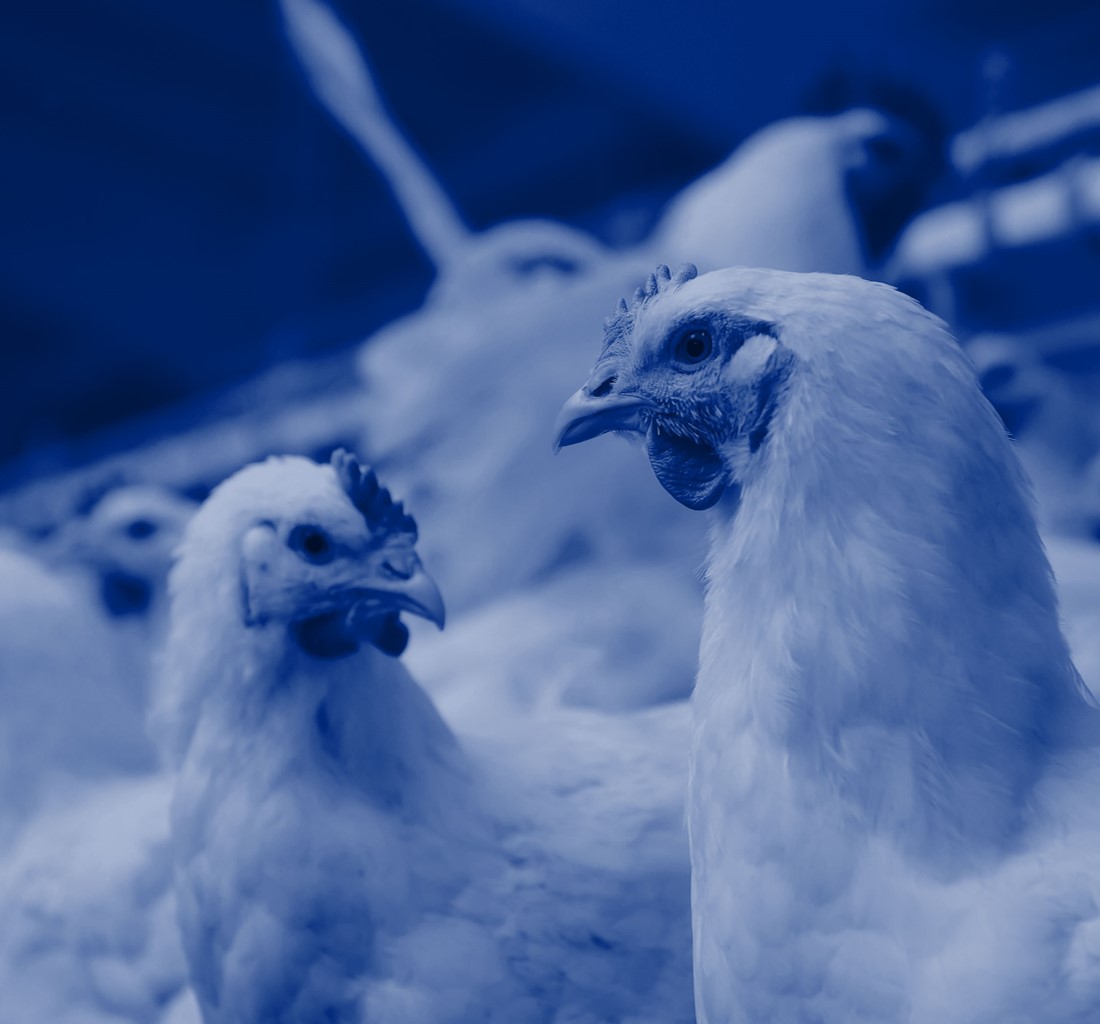 With the continuous increase in the world population and the consequent demand for animal protein worldwide, the search for new strategies to optimize the efficiency of food production has become a major focus.  With respect to agricultural animals, optimization of animal health is a key component of improving production efficiency.  During the last decade, there has been new emphasis placed on the gut of the animal and in particular gastrointestinal health as gut health can influence animal development, health and susceptibility to disease, and nutrient metabolism. Optimal gut health is of vital importance to the performance of production animals. Understanding the interactions between these diverse physiological features emphasizes the extent of areas encompassed by gut health and the ability to regulate animal production (Kogut, 2016). Furthermore, public concerns about the industry’s dependency on the use of growth-promoting antibiotics (AGPs) have resulted in the ban of AGPs in several geographies, pushing nutritionist to look for new potential technologies to improve animal health and nutrient absorption. Thus, current research is focused on alternatives to antibiotics for sustainable food animal production. Various technologies have been evaluated, with different molecules and more or less advance release technologies.

A double-encapsulation technology for sequenced release of active ingredients 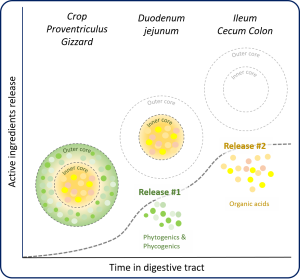 Various types of feed additives have been evaluated, for their effect on gut health, such as phytogenics, organic acids, pre/pro/post-biotics, …. These solutions have generally some positive effects on gut health as they can exhibit positive impact on microflora, immunity, gut integrity, … In the meantime, the form of these products can vary a lot, from simple powders or mixes, to more sophisticated formulations. Some molecules may not require any kind of protection while others might be degraded before they even reach their target in the gut of animals. The variability in product forms and uncontrolled release then results in poor or inconsistent results or eventually higher dose and costs for producers. As a matter of fact, scientists need to work on new active molecules but also new technologies that guarantee the accurate and exact release in the animals

Recently, a biotech company developed a new technology, based on an exclusive formulation and a new double encapsulation approach (NUQO). With expertise in micro-encapsulation technologies and also the right facilities and infrastructures to prototype, scale up and produce such solutions, the company worked on one advanced concept: This new approach relies on one exclusive and original formulation with, on one hand a combination of phytogenics and phycogenics (active molecules from plants and algae) with proven effect on digestibility and immunity, and on the other hand a core of organic acids, with proven stabilizing effects on gut microflora. Furthermore, the new product relies on a double encapsulation to enable, not just a slow release, but an accurate and precise controlled released of ingredients in the gut health. Thanks to this double-encapsulation, active compounds are released specifically between the duodenum up to the colon, with fractionated or sequenced release of the different ingredients, so that every compound gets released on spot to enhance digestive functions and control gut microflora.

Maintain and support performance in ‘the real life’ 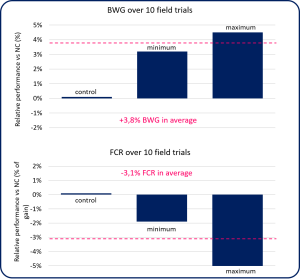 Numerous field trials have proven and quantified the positive effects of this new technology on poultry performance and profitability in modern poultry meat production. Several trials, in Asia, Europe and North America, have showed a significant increase of performance. In some recent trials performed in Europe, it has been tested at 400 g/ton of feed in broilers. The technology triggered a better growth due to better intestinal health (BWG +3.8 %in average), a better feed conversion ratio (FCR -3.1 %  in average), but also less enteric problems, better control of Gram+ and Gram- bacteria (coli bacteriosis, clostridium, salmonella etc.). Additionally, the product increased dry-matter content of feces resulting in dry litter, and consequently in lower occurrence of footpad dermatosis, and finally a reduction of ammonia. 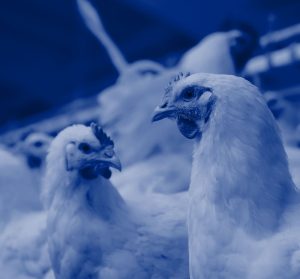 This new technology is primarily designed as a tool for nutritionists to prevent the drop of performance in case of health challenges or adverse conditions. Indeed, various trials have shown how this double encapsulation technology could prevent performance decrease in case of challenge or lead to more consistent results over the time. It supports better growth and feed efficacy but also foremost a better health status of animals.

As an example, two trials performed in North America highlighted the effect of the new technology to better support performance and improve gut health during a coccidiosis challenge, in comparison with classic solutions such as phytogenics. Despite different impacts of the Eimeria strains (E.acervulina, E.Maxima and E.tenella) on lesion scores between the two trials, a consistent efficacy of the technology was observed on growth, feed efficiency and lesion score. In both trials, the positive impact on lesion scores due to E.tenella was significant, indicating the direct consequences of the targeted release of the active ingredients along the gut.

Of course, such solution does not represent a ‘silver bullet’ but should be part of a holistic approach to reduce risk of health challenges and its detrimental effect on performance and profitability of animals. As such, this double-encapsulation technology, based on a unique formulation of phytogenics, phycogenics and organic acids, offers an opportunity to support gut health of animals and trigger more consistent performance, especially in adverse conditions, thanks to its unique ‘sequenced release’ of ingredients in the intestinal tract.

The progress of research during the last decade has highlighted the direct relationship between animal performance and ‘gut health’, but also the complexity of this topic, that encompasses a number of physiological and functional disciplines, including nutrient digestion and absorption, host metabolism, energy generation, gut integrity, immunology, among others. In addition, scientists are now requested to work on alternatives to traditional molecules to develop a more sustainable food animal production. Such a complex environment requires some advanced solutions, combining the right molecules and as well the right ‘delivery mode’, that will guarantee the efficacy, or let’s rather say the ‘optimal and consistent’ efficacy, that will help farmers to maintain health and performance of animals, even during adverse conditions. Emerging solutions based on a dual approach, combine an exclusive formulation, with a core of organic acids and sustainable ingredients such as phycogenics and phytogenics, together with an innovative double-encapsulation mode for a sequenced and accurate release of active molecules, for more consistent performance and higher return on investment for farmers.