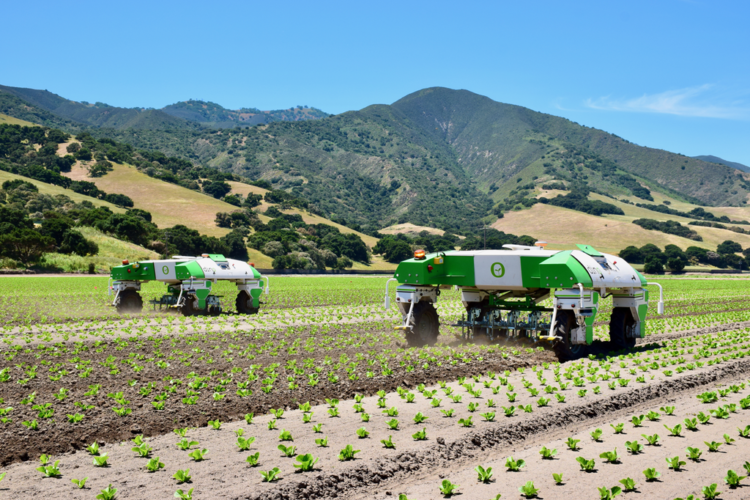 Naïo Technologies, a pioneering company in agricultural robotics for nearly 10 years, is accelerating its international development strategy, moving beyond the context of technological innovation in order to consolidate its worldwide growth and launch a new RAAS business model.

Designed almost 10 years ago now, at the launch of Naïo Technologies, Oz has undergone many improvements since its beginnings and has won over farmers’ hearts. In just a few years, it has got better than ever. 100% autonomous thanks to its RTK GPS guidance, EC certified, very easy-to-use, electric, and super-precise, it has now become the ideal multi-task and multi-crop, environmentally friendly assistant.

By carrying out time-consuming, tedious and repetitive tasks in complete autonomy, it allows the user to free up some time for carrying out jobs with a higher value-added, thus contributing to a better profitability for his or her farm.

After having been first developed within France, it has very quickly been sought out by many international clients. As of now, Oz has conquered Germany, Belgium, Denmark, the Netherlands, Poland, the Czech Republic, Sweden, Canada, the United States and New Zealand and its position in the market is continuing to expand rapidly.

Naïo Technologies is not stopping there and is actively seeking to introduce this little agricultural assistant into many other countries through the birth of new retail partnerships. Making Oz’ versatility evolve is also among future objectives. A whole range of tools to help the planting and maintenance of vegetative cover will be easily adaptable on the robot.

Since the beginning of the year, a fleet of seven Dinos, based in California, has been working to weed many hectares of vegetable fields every day for our American clients, operations provided as a service which has proven to be a resounding success since we currently have orders significantly above our ability to deliver.

2021 has allowed us to test the RAAS – Robot As A Service – model and realise that it works and impresses through its accessibility. A large number of the farmers in Salinas can now use our robots where this wouldn’t have been as simple with a classical sales model. They are seeing profitability from the very first day thanks to a starting cost significantly lower than that of purchasing a Dino. In addition, Naïo Technologies takes care of everything: mapping, transport, management and monitoring of the robot on the farm for guaranteed results.

After Salinas, our Dino robots will be moving on to Yuma.

The success of RAAS in America is therefore driving Naïo Technologies to actively pursue the conquest of this new business model for 2022. To do this, the leader in agricultural robotics is seeking to launch new types of partnerships (retail, franchises, R&D etc.) in the United States at first, in order to respond to growing demand, and also in all other countries where there is real potential.

Regarding Ted, unveiled in September 2020, the second version of this electric straddling robot for vineyards has been tackling new ground since its release. Its additional technological and mechanical improvements have impressed wine-growing experts and now 12 robots are in use in France.

After having proven its worth over a year, Naïo Technologies wants to move up a gear by accelerating Ted’s development through two different, yet complementary business models: the sale of the robot itself and Robot As A Service. Just as for Dino, the company is therefore seeking new partnerships (retail, franchises, R&D etc.) in France and internationally.

Already available for sale, the launch of RAAS is scheduled for January 2022 onwards. A Ted robot will soon be leaving for the United States, where it will begin providing its first services in California.

An intervention model which helps to overcome the context of technological innovation and to project robotics onto the farm’s real profitability.

Naïo Technologies is now showing technological maturity with three ranges of robots to its credit and is looking to go further than product innovation in order to win new, highly-potential markets and thus retain its place as a pioneer in agricultural robotics.