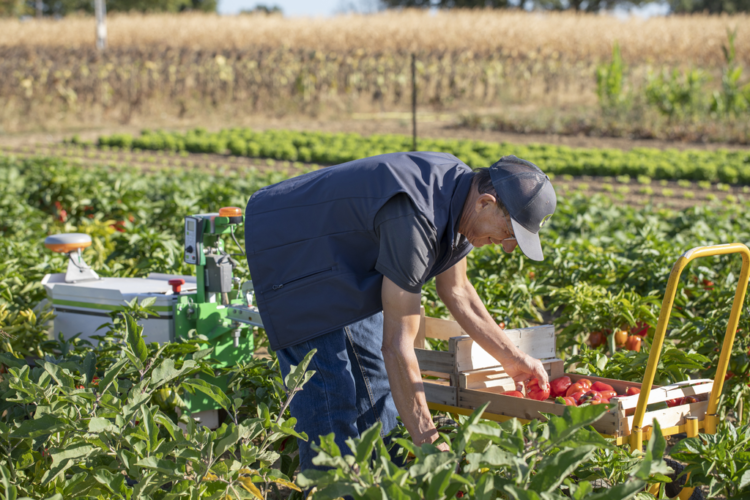 The number 1 solution agricultural robotics solution based in Toulouse has just celebrated its 10th birthday. Aymeric BARTHES and Gaëtan SEVERAC launched Naïo Technologies in November 2011. In 10 years, they have succeeded in establishing the international leadership of this French start-up on the ever-expanding agricultural robotics market.

This pioneer of autonomous agricultural robots is already celebrating its 10 years of existence and growth. To mark this occasion, the founders look back at some key dates which have made Naïo Technologies what it is today.

Aymeric BARTHES and Gaëtan SEVERAC, both robotics engineers, decided to embark on the adventure following a first discussion they had with farmers in Pontoux-sur-l’Adour during the Asparagus Festival held on 1 May every year. It was their first encounter with a producer which gave them the idea of creating a robot to help him and his colleagues with their time-consuming, arduous and repetitive tasks.

What a journey since this famous meeting!

After two years of sketches and trials, in 2013 Naïo Technologies was the first company in the world to market an agricultural robot in the field, called Oz, on the farm of a couple of Occitan market gardeners in Belberaud (department 31). At the time, this little assistant was perceived as a real revolution in the agricultural domain!

The family expanded in 2016. A new range of robots made their appearance. Alongside Oz, Naïo Technologies welcomed Dino, dedicated to the mechanical weeding in large-scale vegetable fields, and Ted, dedicated to the viticulture sector.

Among other things, the French start-up accelerated its international development between 2016 and 2019 through the establishment of a distribution network in more than 25 countries: Germany, Belgium, Denmark, the Netherlands, Poland, the Czech Republic, Sweden, Canada, Hawaii, Japan, New Zealand etc.

In 2020, Naïo Technologies went off to conquer the United States, opening an American subsidiary in Salinas, California. With a team of 15 people now, the company offers the service provision of a robot, the famous “Robot As A Service”, which is proving highly successful.

The year 2020 also marked the launch of the second version of Ted, the robot for vineyards, and the evolution of the pioneering Oz, now fitted with new tools allowing it greater versatility and henceforth a multi-task machine.

As for 2021, the arrival of two new robots is announced… what suspense!

Today, on the cusp of 2022, Naïo Technologies has: