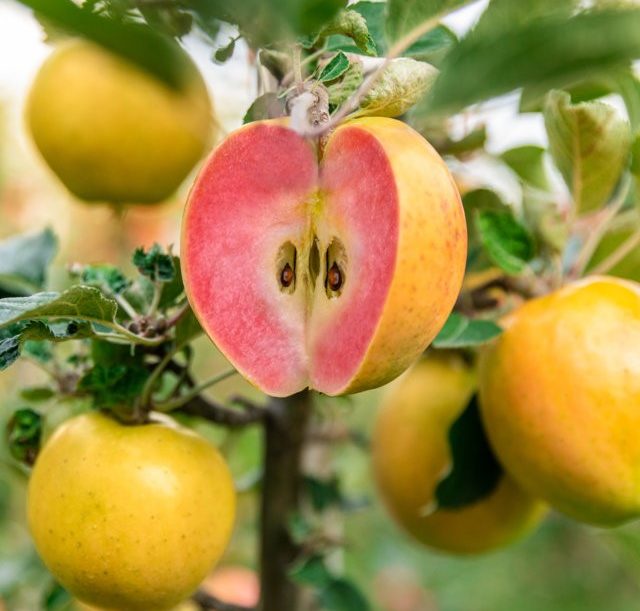 Kissabel®, the innovative range of apples with coloured flesh running from pink to intense red, is about to return to the European market.

Harvesting of the first Kissabel® apples began in September in the United Kingdom, France and Switzerland, with the yellow and orange skin and pink flesh varieties. In October it will be the turn of Italy and Germany, where mainly varieties with red flesh and skin are grown.

The United States will also start harvesting in autumn, with quantities intended for commercial tests.

Some of the biggest names in international apple growing are taking part in the Kissabel® program.