TOP NEWS
Home News Global cooling event 4,200 years ago may have caused the evolution of rice 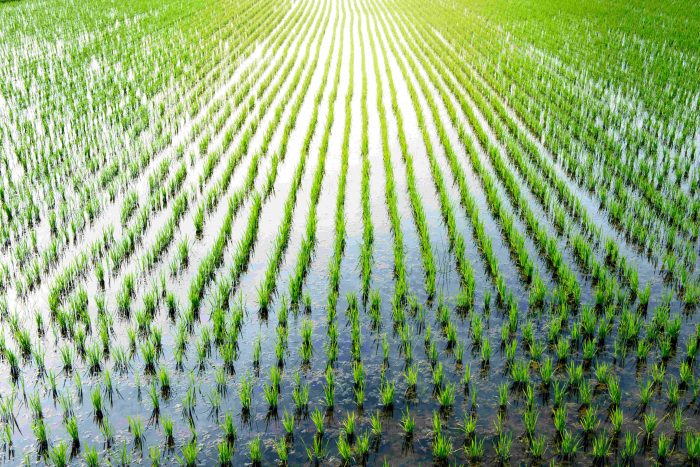 Japanese rice paddy. The landscape after rice-planting in June. The symbolic landscape of the Japanese agriculture

Global cooling event 4,200 years ago may have caused the evolution of rice

An international team of researchers, including some from NYU Abu Dhabi, have identified a global cooling event 4,200 years ago, as a key factor in the evolution of rice. The study indicates that the cooling may have created new varieties of rice, and driven the subsequent spread across Asia of this global staple.

Using a multidisciplinary approach, the research, published in Nature Plants, reconstructs the evolutionary history of rice and its migration throughout Asia. While rice is now ubiquitous in global diets, its development, which began 9,000 years ago in China’s Yangtze Valley, is not well understood. By understanding rice’s development, new varieties can be developed which meet environmental challenges, helping secure global food supplies.

The study indicates that the japonica subspecies of rice diversified into temperate and tropical varieties as a result of a major climate cooling about 4,200 years ago, which brought civilization collapse in regions including Mesopotamia, China, and the Arabian Peninsula.

Researchers reconstructed the development of rice across Asia using whole-genome sequences of over 1,400 varieties in the two main subspecies of rice, japonica and indica, as well as geographic, archaeological, and historic climate data. Micheal Purugganan
Dorothy Schiff Professor of Genomics; Professor of Biology
Principal Investigator of the 100 Dates! project at the Center for Genomics and Systems Biology (CGSB)

Lead Scientist and Silver Professor of Biology at New York University, faculty investigator at NYUAD’s Center for Genomics and Systems Biology, and the leader of the study Michael Purugganan commented on the research: “We are always concerned with how climate change will affect food security, including here in the UAE and the Gulf. By trying to understand how crops have evolved in the past to adapt to past climate change and different environments, we can hopefully find genes to help us today and in the future.”

Tropical varieties of japonica continued evolving after the cooling event – likely supported by trade and travel networks – and the study finds tropical japonica reached Southeast Asian islands 2,500 years ago.  However, the evolution of indica was more recent, migrating into China approximately 2,000 years ago, having originated in India’s lower Ganges Valley around 4,000 years ago.

Genomic differences between tropical and temperate varieties of japonica uncovered in the study suggest that temperature was the most significant factor in rice’s evolutionary development.