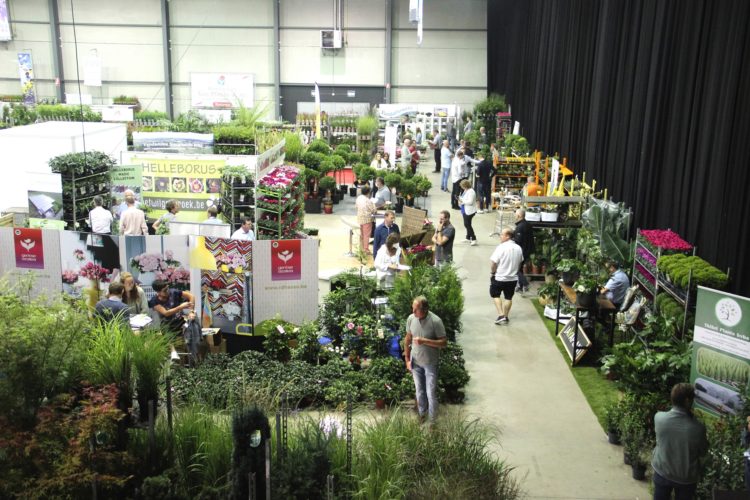 The more flexible Covid measures made it possible to organise a physical autumn edition of Florall. The organization was satisfied with how exhibitors and visitors respected the Covid measures. All parties were satisfied with the possibility to meet (potential) trade partners in a personal way, because personal contact is the essence of a trade fair.

Once again, a professional jury awarded potentially interesting innovations. After an intensive deliberation phase during which various aspects of the candidates were taken into account, the jury made the decision to award Gold to Callicarpa bodinieri ‘Magical Snowqueen’. Cortaderia ‘Tiny pampa’ got a silver medal and Echinacea ‘SunSeekers Apple green’ received bronze. 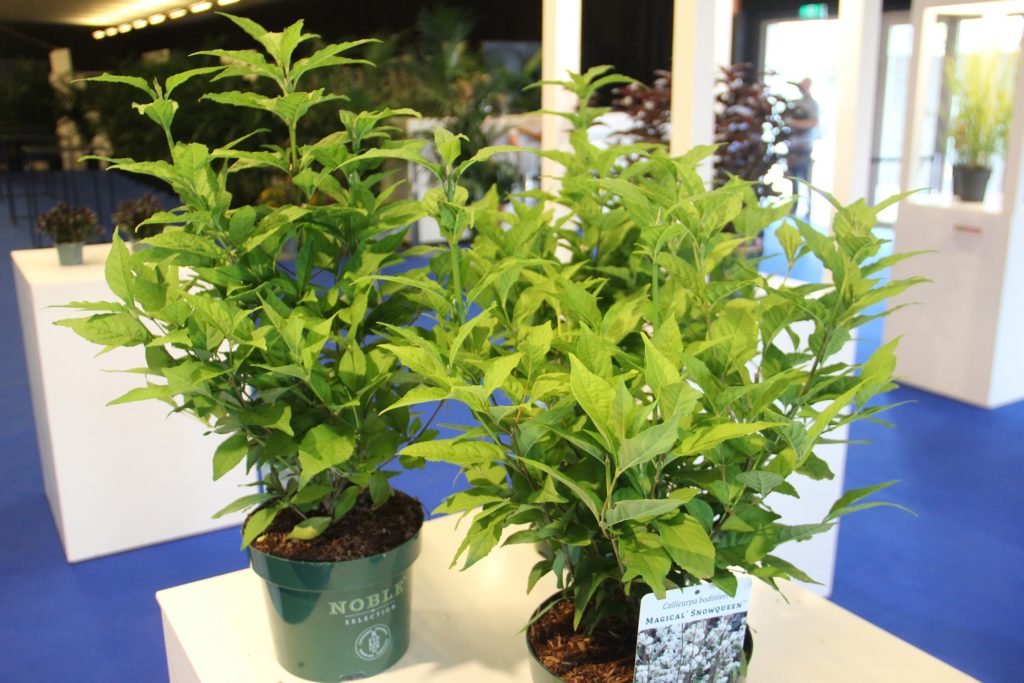 This plant is especially suitable for borders. The jury emphasized the good growth, healthy leaves and the ability to branch easily as positive points. Although the flowering is not very spectacular, because the flowers are hidden between the leaves, the plant does offer a beautiful autumn colour. The great ornamental value is manifested after the leaves fall. The berries continue to decorate the garden throughout the winter. Birds don’t like them, because they taste bitter. New to the Magical Snowqueen is that the berries are completely white, whereas most C. bodinieri’s have purple berries. This also gives them opportunities for interior decoration and even to use some winter twigs in the own flower arrangements. 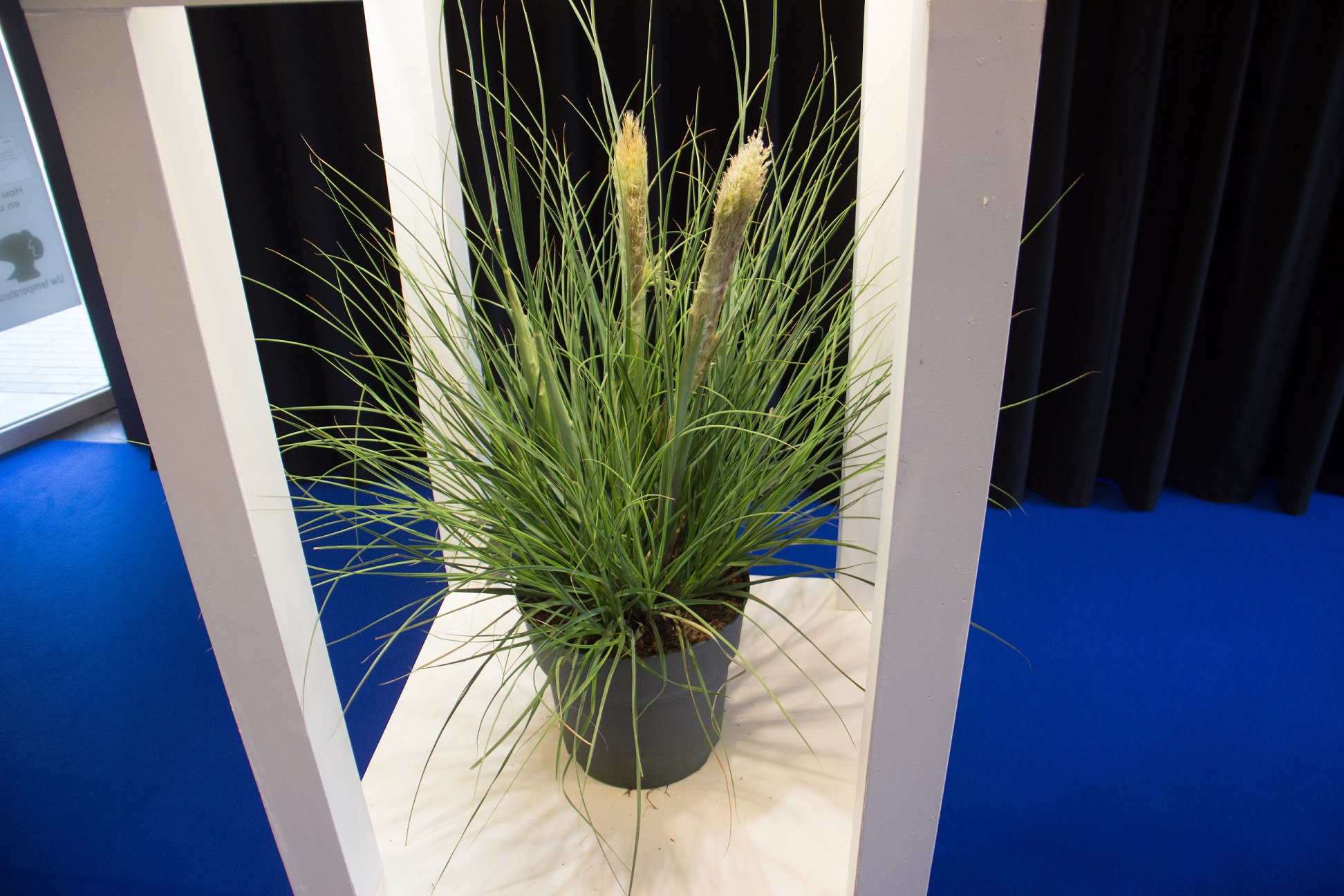 This Cortaderia can be used as a houseplant but she also works well in the garden: from the terrace to the border. It has a very good shrubbery but remains very compact, and is also perfectly hardy. This plant is awarded for the new presentation: Planten Stevens now offers them in a large pot, so that the plant shows more its potential in the trade channels.

The jury was charmed by the decorative foliage and the flowers, which is very attractive even when they are not yet opened. The plant has potential for indoor decoration, but also for the terrace and certainly in the garden. It grows beautifully in clumps, is easy to maintain and can withstand drought. 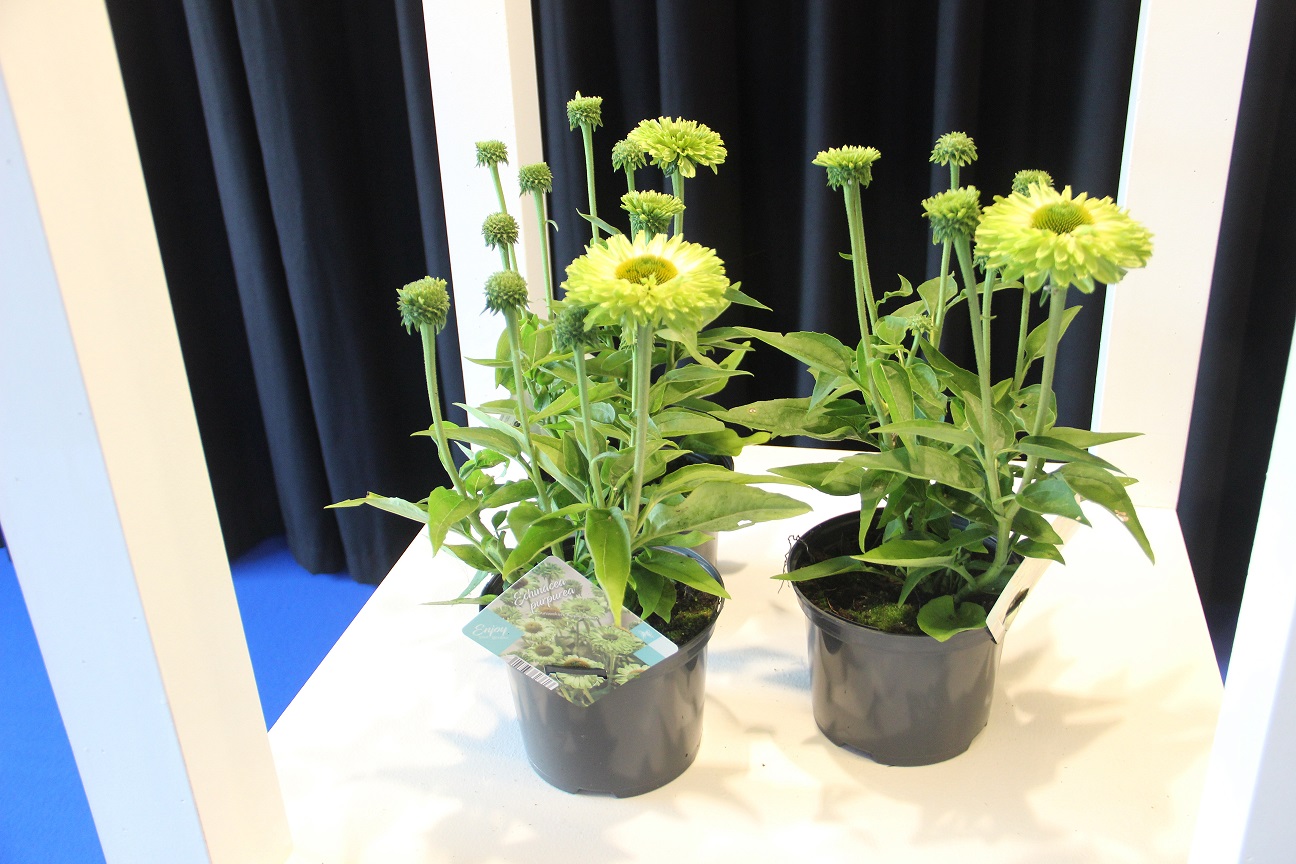 The SunSeekers group distinguishes itself with a compact habit for Echinacea and with strong thick stems that branch profusely. They have semi-double flowers, where Echinacea usually has only one layer of petals. For example, the green flower somewhat resembles a gerbera. It lends itself well to home use as a cut flower in mixed bouquets. ‘SunSeekers Appele Green’ flowers from July to October. Also noteworthy is the hardiness, which is often a weak point with Echinacea.

The jury was charmed by the beautiful white-green colour, which is somewhat reminiscent of chicory leaves that received a little too much light. The flower bud is already attractive when it has not yet opened. It is a valuable Echinacea, which certainly enriches the range. It can be used on the balcony, the terrace or in the garden and as a cut flower. The sturdy stems and stocky growth are an added value.