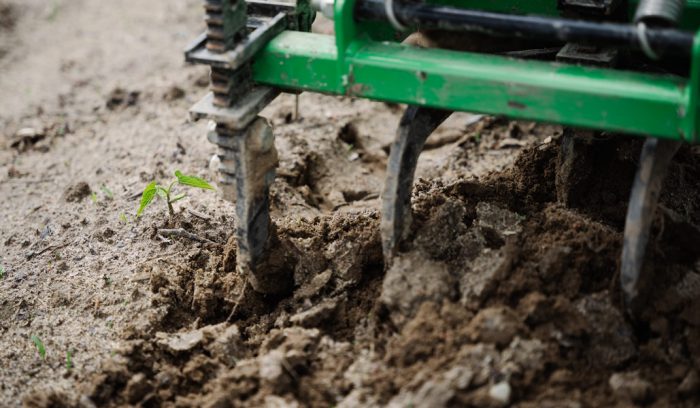 From its very beginnings, Naïo Technologies has aimed to assist farmers in their daily tasks, but this challenge means having in-depth knowledge of working the land. So, we test the 3 robots on your farm and also on our own plots so we can better understand the problems you face in the field and to continuously improve our robots’ techniques.

A promising vintage with Ted

Just alongside the Naïo offices, bordered by the Berjean brook, Naïo has now planted a small plot of vines. The vines sit very comfortably in this clay-limestone, mineral-rich, rustic soil in an environment lulled by the Autun winds and the robots’ unending circuits. Rows of Soreli vines have been planted here in various densities (inter-row distances varying from 1 to 2.2 metres). This variety, supplied by the VCR France nursery, will soon be yielding its fruit, but while we’re waiting to harvest, we’re testing the guidance and autonomy of the Ted robots there, as well as their adaptable tools.

Dino’s plot is laid out in mounds with four rows of salad crops.

To prepare it, Oz firstly went over the plot 15 times weeding and preparing the soil using its “cultident” tooth cultivator tool. It then gave way to Dino to weed between the salad crops with its active tool.
Three mounds of salad crops were successfully planted. Our teams have been able to taste the first mound, but, on the other hand, the rabbits got to eat the second strip.  The rabbits’ fastidious taste-buds are remarkable: indeed, they only ate the “oak-leaf” salad crops and didn’t deign to try to “bicolour batavia”. For next season, we’re looking at planting other green vegetables, such as spinach or even Bok Choy, which is very popular particularly in the United States where we have more and more clients.

First of all, we weeded the test plots, then outlined the rows using the Oz RTK and finally sowed some broad beans and potatoes.  The broad beans have somehow grown in spite of the (very) late planting. Even so, we have been able to taste them and the rest will be used as green fertilizer. The potatoes have not yet been harvested.

In addition, these test plots have allowed us to carry out our live demonstrations throughout the season, just after the lockdown.

We are also starting to think about our next season’s crops: leeks, cabbages or carrots?

What is sure is that Oz is not a picky eater because since the beginning of the year, it has now been able to adapt to many different crops, thanks to its GPS RTK guidance!