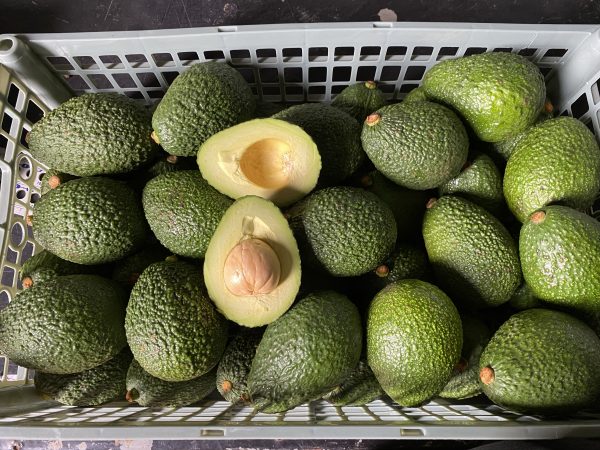 Trial exports of Hass avocados have arrived successfully in the UK, Europe and Middle East; creating a new window of availability, and opening the door for further Ethiopian produce exports.

Durabilis – an international impact investment company, and the owner of fresh produce importer FairFruit in Belgium – is elated to announce the successful arrival of trial Hass avocado exports from Ethiopia; a game-changing milestone that demonstrates the huge potential for Ethiopian produce.

Thanks to the new Ethiopia-Djibouti-Europe cool logistics corridor via train-sea-truck, the landmark consignment presents buyers across the UK and Europe with a new window of availability for competitively-priced Hass avocados from mid-September to mid-October. Importantly, it paves the way for a whole new range of produce exports from Ethiopia.

The first container arrived in the UK on 20 September 2020, followed by a second shipment on 5 October 2020. The vast majority of the GlobalGAP-certified fruit has been sold to two leading importers who mainly serve UK retailers. Trial volumes have been offered to customers in Belgium and the Netherlands also. Separately, two trial airfreight shipments have been received positively in the United Arab Emirates and Saudi Arabia.

Evert Wulfrank, CEO of Durabilis, explains: “Considering the agricultural potential of Ethiopia, this successful test with avocados creates a whole new perspective for a series of Ethiopian products that qualify for export to Europe. The 750km refrigerated railway connection from Modjo Dry Port in Ethiopia to the Port of Djibouti means exporting Ethiopian produce by seafreight has become a real option. The train offers a regular, reliable service lasting 30 hours, compared with two-to-three days by truck. Overall, the transit time from Ethiopia to Europe is now less than 30 days approximately, and there is the potential to reduce that to 24 days in the future.”

Wulfrank adds: “This is important for buyers that are looking for new and competitive sources of fresh fruits and veggies, and who, so far, have disregarded Ethiopia as a feasible option because the country lacked seafreight connections. We are looking for more avocado buyers in the UK, Europe and the Middle East because our projected production volumes will grow substantially and we will have a range of sizes.”

Ethiopia has considerable agricultural potential thanks to its fertile soils, a temperate climate, competitive labour costs, and plenty of available water within the Koga region (south of Bahir Dar) where Durabilis is working with smallholder growers in conjunction with its local subsidiary Koga Veg Agricultural Development.

Wulfrank comments: “Ethiopia has all the ingredients to become an important supplier of fresh fruits and veggies to Europe. The country needs companies who can pave the way for the sector by demonstrating this potential, and by creating demand for logistical services and for agricultural inputs to enable the local supporting sector to develop. We would like to be one of those companies generating opportunities for Ethiopia.”

Jan Michielsen, General Manager of Koga Veg in Ethiopia (owned by Durabilis), adds: “Durabilis and Koga Veg are considered to be a pioneer of shipping perishables by container from Ethiopia since we trialled a container of peas in 2015 and a container of avocados in 2019. As such, the organisations behind the Ethiopia-Djibouti-Europe cool logistics corridor reached out to us to identify bottlenecks in Ethiopia’s logistics chain.”

Michielsen continues: “At this stage, our primary focus is to establish a commercially-viable business model; sourcing from smallholder avocado growers and supplying their fruit to the international market via a reliable logistics link. Already, those growers have adopted environmentally-friendly production methods that meet the quality requirements for the ready-to-eat sector in Europe, for which they receive a fair price. In the future, we’d like to invest further in more sustainable methods, efficient water usage, and, ultimately, in organic-certified production.”

The first of the two refrigerated containers carrying Ethiopian Hass avocados left Koga Veg’s packhouse on 21 August 2020; travelling by train from Modjo Dry Port to the Port of Djibouti before reefer shipment to Italy, and onto the UK by truck. Both loads contained 22.4 tonnes.