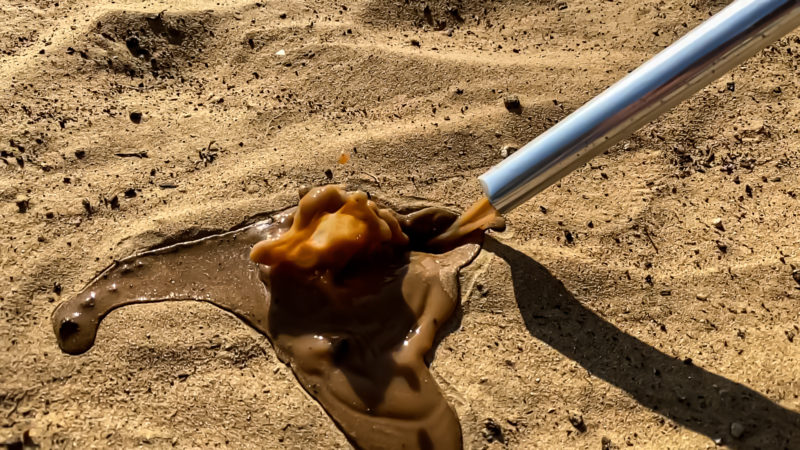 Agri-tech startup Desert Control is ready to launch commercial rollout of liquid natural clay (LNC) – an innovation that turns deserts into fertile land – after joining the alumni network of in5, an enabling platform for tech, media and design entrepreneurs in Dubai.

The company is the latest in5 graduate to leave the business incubator and pursue its next phase of growth. Desert Control has opened a new office in Dubai and expanded to Abu Dhabi after successfully raising approximately AED 85 million in its initial public offering (IPO) on Euronext Growth Oslo, a multilateral trading facility operated by the Oslo Stock Exchange.

With 12 million hectares of fertile land – an area more than twice the size of Denmark – lost to desertification every year, Desert Control has an ambitious global strategy to contribute to stopping and reversing soil degradation. By spraying LNC directly onto the ground, the company’s innovative technology allows topsoil, sandy soil and desert sand to retain water and nutrients. It has the potential to regreen arid land, sequester millions of tonnes of carbon dioxide, create thousands of sustainable jobs and enhance food security. It also comes as water scarcity concern has never been higher, with agriculture and food production estimated to consume more than 70 per cent of all available freshwater globally. 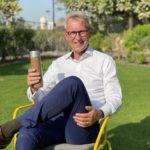 Atle Idland, Managing Director at Desert Control Middle East, said: “in5 has been a great arena for the UAE and Dubai establishment of Desert Control activities, and we are grateful for the continuous support we have received throughout our growth stage. We are now moving into a fast scale-up phase where we are recruiting heavily and need more space. However, we will remain a proud in5 alumni and will always think back to our great days at in5.”

He added: “We are especially proud that the gardens adjacent to in5 were treated with LNC and the results were spectacular: 45 per cent less irrigation water was needed to create a lush, healthy green lawn and landscape areas in comparison to traditional methods.” 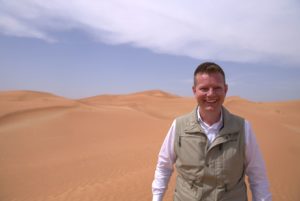 Ole Kristian Sivertsen, Desert Control CEO, added: “LNC can significantly accelerate the food security strategy of the UAE and other regional countries. Enormous amounts of water are required to maintain green landscapes and forests across the nation, but if we can shift 50 per cent of this water to agriculture and food production, the results will be amazing. Further, by transforming desert into arable land that sequesters carbon and promotes biodiversity, we address water scarcity, food security, and climate action at the same time.” 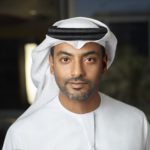 Majed Al Suwaidi, Managing Director of Dubai Media City, said: “There are tremendous opportunities for startups in Dubai, and we are pleased to see Desert Control join a growing list of companies that have benefited from our incubation programme and world-class infrastructure and facilities to turn early-stage ideas into commercially viable ventures. This is in line with the vision of our leaders, which recognises that innovation is a cornerstone of social development that will support the Dubai 2040 Urban Master Plan and reinforce the city’s position as one of the world’s greatest place to live and work.”

Desert Control joined in5 in 2018 and quickly leveraged the cost-effective business set-up, co-working spaces and networking opportunities. It was subsequently named one of the World Economic Forum’s Top 100 Arab startups and has now become the latest member of the in5 alumni network. Its rapid growth and stock market listing is a success story for both Norway and the UAE.

Established in 2013, in5 is an enabling platform for entrepreneurs and startups. There are more than 200 active startups on the incubation programme and many more have successfully graduated and are supporting Dubai’s economic growth and diversification.